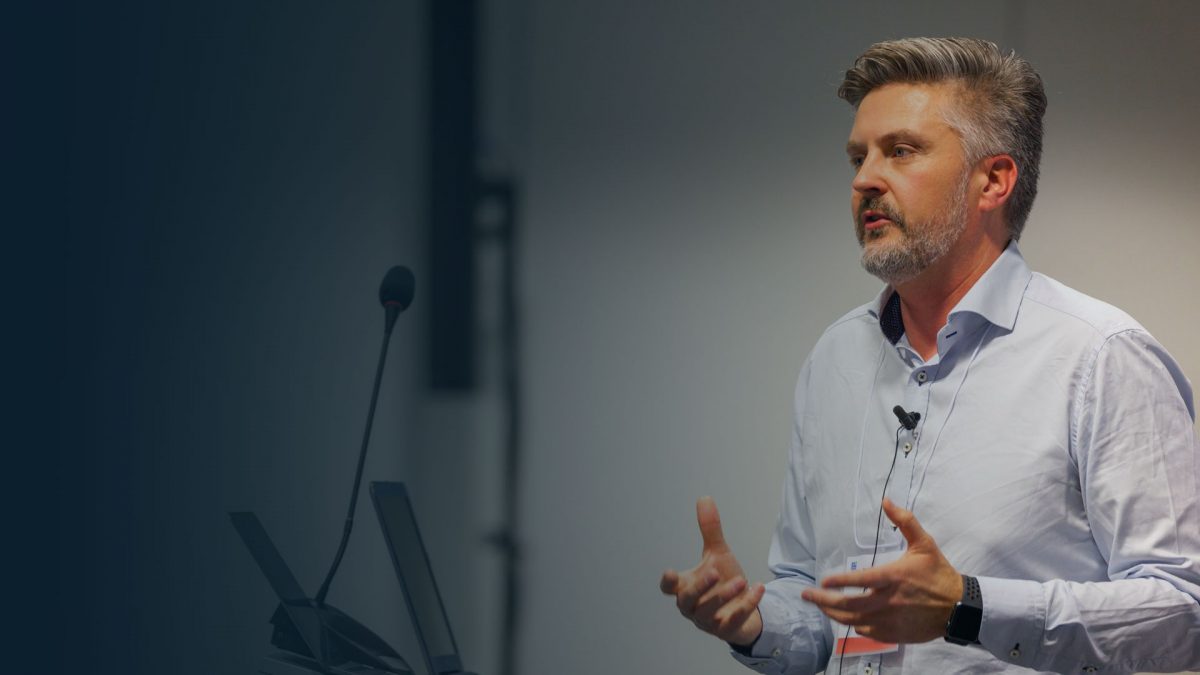 Right before I graduated high school, at the age of 17, I started my first proper company. I set up the first accredited .no domain name sales agency in Norway. This was in the very early internet days – 1997 to 1998.

Leading up to this I had made a few websites. I’d browsed The Globe and other entry point portals to the world wide web from a computer at the library. I had a firm belief in the concept of the internet. But no one close to me really understood what I was doing. The pages I made had no visitors according to the gif counter. Despite this, I believed that the internet was going to be really important. As my first official entrepreneurial foray, I made plenty of mistakes but I did enough things right that it actually became quite a profitable business.

We sold business solutions – domain names, providing email and web hosting and web development. Back in those days there was no cloud so we actually had one of the first dedicated global access 2-megabit internet connections. This, alongside a whole c-net, routed to our office building. I was 18 at this time and I felt like I was sitting on top of the whole internet. They were fun days.

Image by Gordon Johnson from Pixabay

As a serial entrepreneur today with more experience, it’s really clear to me where I messed up. We never went bankrupt but I had a very sustainable domain and webhosting business. I ended up having to chop it up and sell it for scrap. Why?

Because I lost focus.

In 1999, the internet was slowly becoming a thing in Norway. While Norwegian businesses wanted domains, email and a simple website, the U.S was well on their way towards the burst of the .com bubble. I was well aware of the international development and believed that there would be such a need in Norway as well. A need for the more widely used, consumer oriented internet, with portals and free services financed with advertising.

Since I felt like I was riding on the top of the internet – with the unlimited bandwidth and server capacity we had in our rack at the office, I started to use my competence and time making portals and services.

We made news portals, a gadget test and review site, a free email service, all kinds of funny and interesting and quite popular things that worked very early on. This was when you could sell internet traffic – ad impressions – for silly amounts. We even made a browser based desktop, so that you could store and edit your documents from any browser. At that time it was a novel concept that you today take for granted. The valuation of the ideas from the deals made mainly in the U.S. was mind boggling. It made us innovate, sure. But we did so in an environment that wasn’t ready to adopt or pay at the same rate as in the home of the internet.

I was almost certain I would become a millionaire, though in Norwegian kroner, not in dollars. But when the bubble burst and our talks with some U.S tech and internet companies just went dead, I realised that I should have kept my focus on the business services. It was also innovative, new and in demand, but it was a steady, simple and recurring revenue business. As my portal and service venture died out in value from the .com bubble bursting, I found myself having an outdated, pricey and not very competitive hosting business. So, I chopped it up, sold the pieces to competitors and did some soul searching.

I concluded that focus is one important element of the entrepreneurial playbook for success.

Keeping focus on building the business to its utmost potential and steering clear of distractions is one thing and I still point to that as the key learning from my experience.

But there are a few other more hidden learnings here as well. Being attracted to an opportunity and identifying problems or needs and addressing them is a good thing. But you may need to partner with others to do it right. Keep your one business going while you invest to create something new. Doing it all “alone” in one business is risky.