During 2018, the vision was to turn old money into new and help cash-dependent societies to step easier and more smoothly into a transition to the cashless society, with a focus on Eastern Europe. Through our strong vision and efforts, in 2019, Settle obtained an admirable place as one of the top 10 mobile wallet solution providers in the world! A great confirmation for everything we know about Settle’s quality and distinction in the market. As a bank-free product, Settle has had to prove its safety and deliver quality in 2019.

Settle’s security and quality throughout 2019

At Auka security is simply part of our DNA, read more about it in our recent blog post about Settle’s safety. As an independent app, not connected to any bank, Settle has been built and run in 2019 by Auka’s geeks who take pride in writing code, and running systems that are as impenetrable as possible, balanced up against cost and usability. Along with that, the Auka platform runs 100% on Google Cloud. Google has a global-scale technical infrastructure, designed to provide security throughout the entire information processing life cycle. This guaranteed Settle’s safety during 2019 and will continue in 2020.

To bring the quality to the first market – Croatia, at the beginning of 2019, we commissioned a survey to understand the needs created by the current state of mobile payments in Croatia. We found out that almost 72% of all transactions in Croatia are made by cash, making the country one of the highest cash cultures in Europe. For Settle, it meant a significant opportunity with citizens primed to embrace digital payments. For Croatians, it meant an opportunity to pay from any of the supported credit and debit cards using only mobile phones. For Croatian merchants it delivered a simpler and more cost-effective way to accept the latest means of payment – mobile phones.

To make it as smooth as possible, Settle app has been translated into Croatian language and Settle’s web page and Customer Support have also been localized. Now, whoever the user is and whichever problem he or she might have, they can easily get assistance in Croatian language on live chat on Settle.eu or by sending an email or even calling us on the phone. During 2019, we were lead by the belief that none of our users is just a number and each of our users has to get as satisfying an answer as possible. We will continue the same with even better efforts throughout next year.

Settle was officially launched in Croatia and is the first mobile wallet to offer merchant payments in Croatia!

From the beginning of 2019, we’ve been trying to get to know Croatia and Croatians as much as possible. As already mentioned, we conducted a survey about financial habits, we visited many conferences, including 3T Conference (Tourism, Travel & Tech) in Croatia and we hosted our exclusive panel event at the Royal Norwegian Ambassador’s Residency about the mobile payment opportunities for Croatian businesses. In the meantime, Auka formalized the partnership with Neoinfo, with the shared ambition to simplify the way consumers pay at merchants. By combining Auka’s unique knowledge in the mobile payments space with Neoinfo’s state of the art POS solutions, the partnership brought smarter payments to Croatia.

We came across opportunities everywhere and we took it as a green light to finally launch Settle in our first market – Croatia! We officially launched Settle in Croatia at the beginning of July. With Neoinfo’s and Gastronomadi’s help and support, Settle sponsored Crossover, Croatia’s music festival in the heart of Zagreb, making it possible for attendees to pay for food and drinks with mobile phones faster and easier without missing any live performance. Since July, Settle has been the first mobile wallet to offer merchant payments in Croatia!

During this time, we onboarded our first merchants and our partnerships kept growing. At the beginning of September, Auka signed a strategic deal with 24sata, Croatia’s leading media company. Under this strategic partnership, 24sata will promote Auka’s mobile payment app, Settle, across its entire media platform, demonstrating to the Croatian public the benefits of using Settle. This partnership has brought us a very interesting collaboration with one of the biggest young cultural  influencers in Croatia today Rasta, who set the goal to bring Settle closer to younger audiences. Since September 2019 until today Settle Croatia signed collaborations with 24sata, JoomBoos, Sberbank, Neoinfo, Perpetuum, Gastronomadi and many others. Settle Hrvatska has been presented in every Croatian media channel, including leading Croatian newspapers Jutarnji list and Vecernji list.

The safety and simplicity that Settle offers drew interested Croatian merchants to the brand and since the Crossover festival until the end of this year, the number of merchants in Settle’s business world keeps on growing. As the market turns towards customer-centric approaches, Croatian merchants understand the importance of offering their customers better and easier ways for payments. As of now, we have signed Merchant Agreements with many types of small businesses from numerous restaurants and bars to shops, wellness centers and  fitness clubs..

We don’t want to reveal a lot, because good magicians never reveal their secrets! For sure, our 2020 looks even more exciting and over the coming months, we will continue to announce additional merchant and distribution partnerships and even new markets! Don’t worry, we will share all the good stuff with you! Stay tuned to Settle Social media for more!

We are everywhere on social media so don’t be a stranger and say hi to us 🙂 -> Settle Europe, Settle Croatia.

This is new money from Norway, with love. 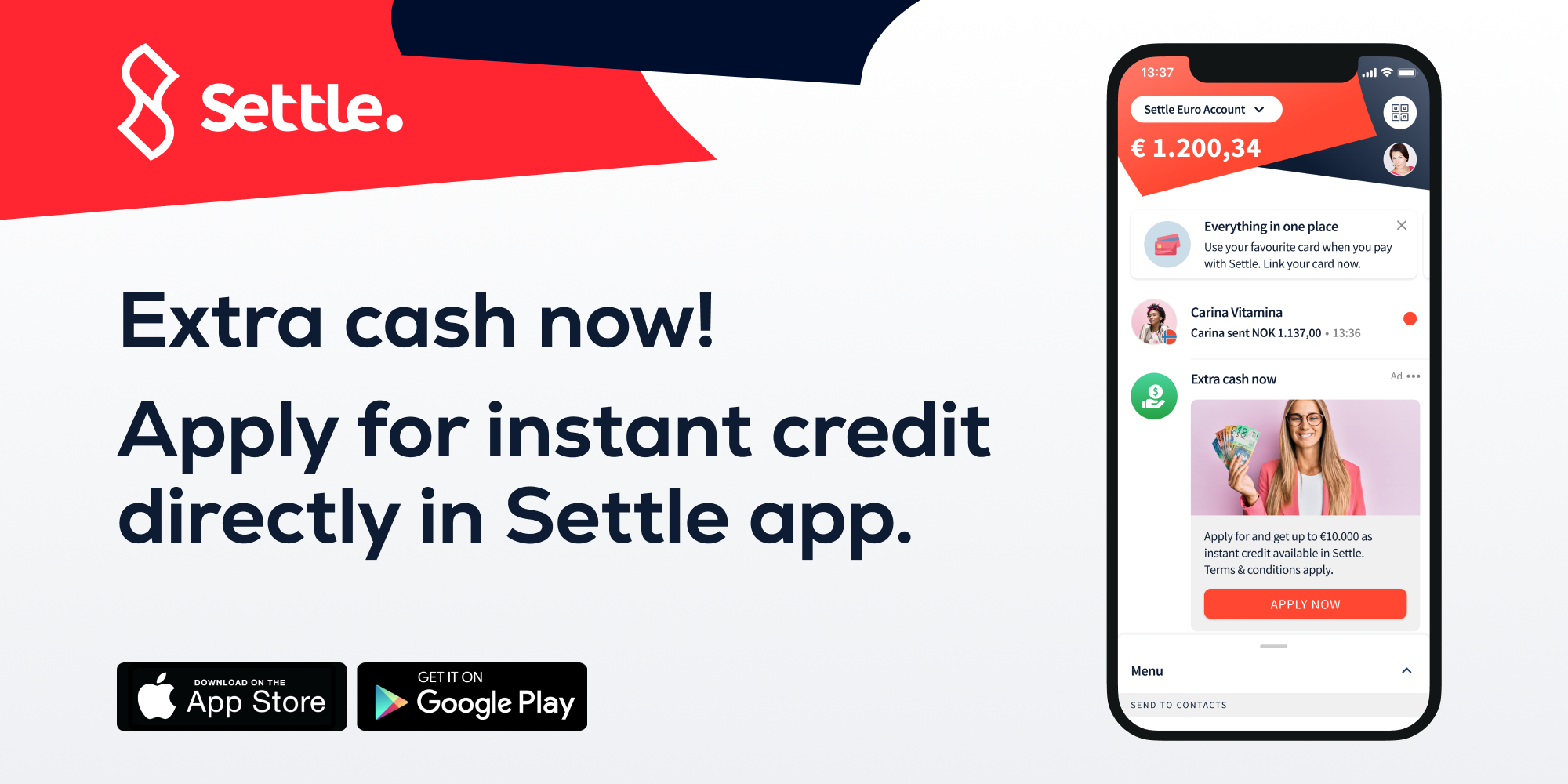